"Everything Else"​ Is Why Your Techies Underperform 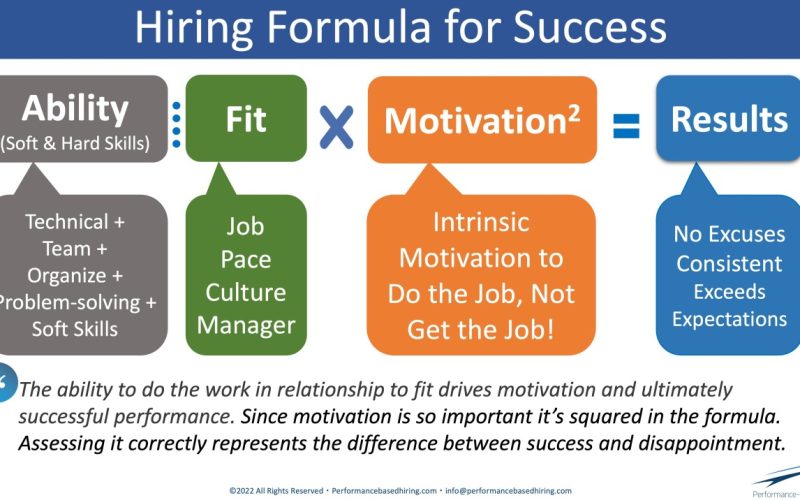 I was just talking to the director of engineering for a major consumer products company about new ways to improve the hiring decision for software developers. His first comment was profound and applicable to just about every technical role.

Software developers don’t fail due to their lack of technical expertise. They fail because of everything else.

Here’s some of the “everything else” but the most important:

If you ask ChatGPT the same question you’ll get a similar list.

The problem is that we spend way too much time using a variety of techniques to assess technical competency, but not enough time assessing everything else.

Given this state of affairs here's how to assess everything else.

If the person isn’t motivated to the do the actual work required, competency doesn’t matter. Everyone wants to hire great people, but you can’t offer these great people ill-defined lateral transfers and expect the person to be great. That’s why it’s important to clarify job expectations upfront by asking this question when opening a new requisition:

What does the person need to do in this role in order to be successful?

Every job can be defined by 5-6 key performance objectives that define the task and some metric of success. Asking candidates what they’ve accomplished that’s most comparable will reveal competency and intrinsic motivation. This will also be the basis for describing your role as a true career move when making an offer.

Be sure to ask the Most Significant Team Question of All Time. Understanding the teams a person has been assigned to and the reasons why reveals just about everything about “everything else.”

Assess Managerial Fit to Avoid the Biggest Problem of Them All

When there’s a mismatch between a hiring manager’s style and the new person’s need for direction and support “everything else” quickly falls apart. You can determine if there is a proper alignment on this measure by asking the candidate the impact the hiring manager had on the person’s performance in the last few jobs. The lack of vertical alignment as shown in the Managerial Fit graphic predicts a serious problem.

A good proxy for cultural fit is the pace and rate of change of the organization and how important decisions are made. You’ll be able to quickly assess this by asking about the person’s major accomplishments and if they found the process of getting things done frustrating or exhilarating. Some people thrive in entrepreneurial environments while others need more structure. Few thrive in both. So be cautious in hiring someone who can’t deal with your company’s pace despite their interest.

Everything Else is Just Too Important to Leave to Chance

There’s a reason job satisfaction hasn’t improved in the past 30 years. According to Gallup and their Q12 work, only about a third of the workforce is fully engaged, which means for the other two-thirds the problem is with “everything else.”

This “everything else” led to the great resignation and #quietquitting.

And “everything else” is the same reason that 67% of LinkedIn members are hoping to change jobs in 2023.

It turns out that most of the “everything else” is driven by the fit factors: job fit, managerial fit, team fit and cultural fit, and if you get these right most of your other hiring problems will disappear.