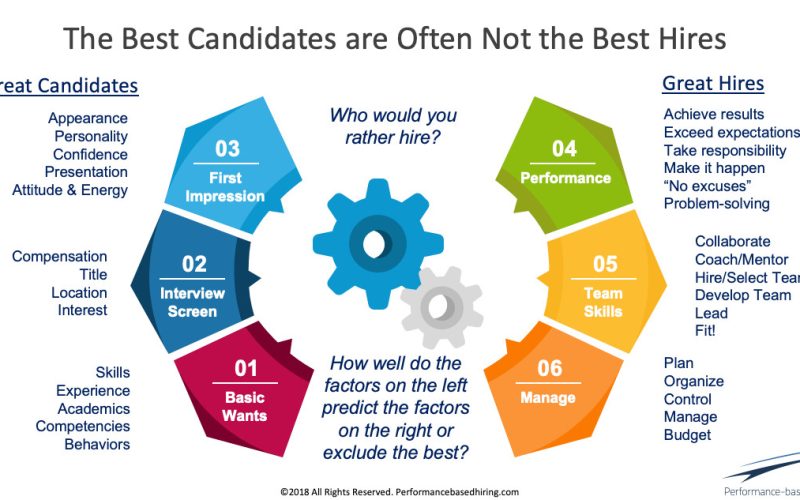 There was an article in the WSJ describing how seasonal workers are being hired sight unseen. Well that’s not totally true since they are being heard via phone screen even if they aren’t being seen.

With the demand for talent exceeding the supply for these jobs it turns out there is just no time for in-person interviews. Instead, people are being hired after one or two phone screens. There are powerful reasons why this actually might be better than the in-person interview.

The big benefit of an in-depth phone interview is the ability to more accurately assess ability, fit and motivation by eliminating the visual impact of first impression bias.

I stumbled upon this concept long ago when I realized I could save a lot of time by conducting a thorough phone screen before conducting an onsite interview. As I started meeting candidates screened this way, it become apparent very quickly that the person’s first impression, good or not so good, had little impact on the assessment if I had already determined these people had the ability to handle the major performance challenges of the job.

Over the years the phone screen process became more formal. During the first phone screen I conducted a short work history review looking for general fit and the Achiever Pattern. The Achiever Pattern indicates the person has been formally recognized in different jobs for doing superior work. If the person met this criterion, I’d describe the job and ask the person to describe his or her most significant accomplishment related to one of the major performance objectives of the open job. For example, for a CEO role I told the candidate turning around an under performing division was one of the first major objectives. This turned out to be the candidate’s core strength and why I recommended him for the role and why he got hired. For most accounting manager roles, improving the internal reporting system is a common performance objective and the strongest candidates can always describe comparable accomplishments.

This process generated enough information on both sides to determine if it was worth getting together for a serious in-person interview. The focus of the second more in-depth interview involved digging into more accomplishments related to real job needs and then determining how the person fit with the job, company culture and hiring manager’s style.

Surprisingly, it was difficult to conduct this type of objective in-person performance-based interview if a phone screen wasn’t conducted first. I was always affected too much by the person’s first impression, appearance, confidence and communication skills. As I handled more national search assignments it wasn’t generally possible to meet candidates in-person before presenting them to my clients. To get around this I conducted multiple phone interviews, one preliminary screen and a second one equivalent to the in-person performance-based process described above. When I subsequently met the person, it turned out the phone assessments were more in-depth, more objective and more accurate in predicting actual performance.  For the CEO role described above, the candidate hired for the job told me candidly that the phone interviews I conducted with him were far superior to any of the in-person interviews conducted by the board members.

This leads to my conclusion stated earlier: A series of properly conducted performance-based phone screens are more effective than interviewing candidates in person. The impact of first impression bias and all of the factors associated with it cause interviewer bias. It can’t be avoided. As humans we’re wired to make instant judgments about people when first meeting them. As a result, we tend to ask people a series of questions to prove our instant assessment positive or negative.

While I don’t suggest discarding the in-person interview I wouldn’t invite a person onsite until the two-step phone interview process was completed. Regardless of how it’s done, phone-based interviewing with no video results in a more business-like interview and assessment process. The research clearly shows that interviewer bias and lack of objectivity are the top causes of hiring mistakes including not hiring the best person for the job. You’ll solve both problems by picking up the phone first.