Home → The Adler Group Articles → Leadership Lessons from the 1970s

Leadership Lessons from the 1970s 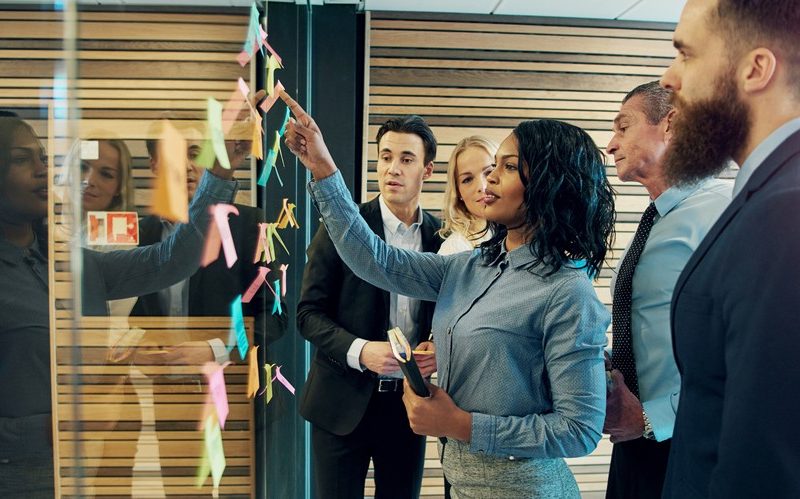 I was a guest on Simon Fagg’s excellent After Dinner Leadership podcast last week. Simon brings an oldie with a newbie to discuss how business ideas of the past might still be useful today. Simon’s first question to me was to highlight some early leadership lessons that I felt were still relevant. Here’s what I came up with from the early 1970s.

On the first day of my first real job as a systems engineer working on the guidance system for a ballistic missile my boss asked me to meet everyone in the group and come back in two days and tell him why you can’t push on a rope. While I thought I knew the answer from a physics point-of-view, it was the wrong answer.

It turned out that the right answer was getting six very smart people who all thought their brilliant design solutions were the best to change their minds and agree on the most practical ones.

To me this is the at the core of exceptional EQ, soft skills and collaborative ability. It starts by understanding everyone’s point-of-view and figuring out how to get a bunch of individuals all with great ideas to move forward as a team on just one. It’s also why this question about understanding a job candidate’s greatest team accomplishment reveals it all. (FYI – we’ll be discussing this technique at our next Hire with Your Head virtual book club meeting.)

Lesson 2: Strategy drives tactics, it’s not the other way around.

As a rookie financial analyst at the corporate HQ of a Fortune 50 company I was allowed to listen in on a business group’s annual operating plan presentation to the corporate executive team. After about 30 minutes the CFO stood up and said, “Strategy drives tactics, it’s not the other way around. As far as I’m concerned it doesn’t matter how good your tactics are if your strategy is weak. Let’s stop right now and come back next week with a revised plan with the right strategy.” It was a bit shocking especially since this was supposed to be a three-hour session that lasted only 30 minutes. I’ve never forgotten the situation or the lesson.

In fact, I contend this is the root cause of most hiring problems we’re facing today. We spend billions of dollars and euros every year on improving tactics when the strategy is flawed. In this case when the demand for great talent exceeds the supply, you can’t focus on getting more efficient on weeding out the weak, you need to get better at attracting the best.

Lesson 3: There is nothing more important than hiring great people.

My first leadership role was an internal promotion from a financial analyst in Los Angeles to the manager of capital budgeting at one of the company’s automotive groups in the Detroit area. After a few weeks on the job, my boss Chuck Jacob, the group controller, called me about 11am and told me to drive immediately to the University of Michigan to interview a number of MBA students. He was there at the time and the afternoon schedule became overloaded. I protested, claiming a critical in-person report to the group CEO and CFO the next morning which would take a least 8-10 hours to complete. He didn’t take no for an answer. Instead he said, “There is nothing more important to being a great manager than hiring great people. Nothing! Everything else can wait. Get over here right now. We’ll figure out how to get the report done when we get back.”

I listened in on Chuck’s first interview and then personally interviewed another six students that afternoon. We invited a total of eight people out to dinner that night in Ann Arbor and got back to the office at around 10pm. We finished the report around 3am and made the handwritten in-person report at 9am. When the group president asked why the report was not properly finished Chuck told him about our recruiting trip. He agreed it was the right decision.

“There is nothing more important to hiring great people. Nothing.”

We made offers to six of the eight students we took to dinner that night and five accepted. All of them went on to become senior executives at major companies. As an FYI, the group president later became the CEO and Chairman of a Fortune 20 company and Chuck became the youngest CFO of a Fortune 500 company. (Sadly, Chuck passed away at a very early age.)